Menu
Log in
Register
Install the app
You are using an out of date browser. It may not display this or other websites correctly.
You should upgrade or use an alternative browser.

Oh, he really is adorable

I really dislike insurance companies. You're damned if you do & damned if you don't & they fight you for every dollar that you, after all, have invested with their company.

Ahh, feels good to have a fresh haircut. Weather is lovely too.

I woke up to Heikki sniffing at my face. So either I messed up up locking him up last night OR he's smart enough to open his cage and the carabin locks. What a fella

Oh, wow! That would have been a pleasant shock. Had he chewed anything up?

Cate said:
Oh, wow! That would have been a pleasant shock. Had he chewed anything up?
Click to expand...

Sounds like something Lu Tze, famous Discworld time monk, would say. I hope he's ok and the damage is limited!

Llama said:
Sounds like something Lu Tze, famous Discworld time monk, would say. I hope he's ok and the damage is limited!
Click to expand...

It sounds like lock checks might have to be a part of your bedtime ritual. Cheeky Heikki!

Yeah, I have OCD so I check things a lot, kinda comes in my nature.

Food-wise yesterday was OK. Today I have to pay bills and rent and it makes me super anxious. So, first I'll shower and do laundry, then take a walk, pay the bills, autism assistance person comes in the evening so I think I'll clean up then.

On Monday I've got to call the insurance company and on Tuesday the renovation starts.

Floater said:
On Monday I've got to call the insurance company and on Tuesday the renovation starts.
Click to expand...

Oh, wow, that's fast! Will you even have time to ask about your rights on that schedule?

Llama said:
Oh, wow, that's fast! Will you even have time to ask about your rights on that schedule?
Click to expand...

For now, it looks positive. The limit the insurance company covers is 10m2 and the area is 8m2 so... Let's hope for a good outcome!

Edit: I got hold of the renovation comp today and the guy I talked to said everything SHOULD be fine.

I’ll cross my fingers and toes! 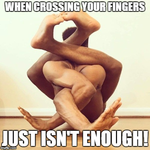 It all sounds promising xo

Well, the insurance won't pay because the AC unit didn't malfunction so it's user's fault. I had to call my Dad and ask for help. Embarassing. I'm a failure... At 34 I'm still a child.

Also, my mind is apparently leaving me. I just had a phone call with a friend who told me I had called them on Saturday. Zero recollection of this. They said I was polite and kind, just very unlike the self they usually talk to. Luckily, this friend lives with dissociation also, so they know how to talk about it and didn't get spooked. I decided to postpone my psych clinic appointment because in my current state I look like a ghost of a junkie. Pale, sweaty, I think I ate a microwave lasagna during the weekend but judging by what I pass (sorry) I have been mostly fasting. I know this may sound offensive, but I wish I had bipolar or schitzophrenia instead of C-PTSD/DDNOS/DID. At least the former two could be medicated. But living with dissociation is just a constant battle of "who was I when I woke up this morning". Totally fucked up.

Well: the upside I guess is that better days WILL come. After all, dissociation is a survival mechanism. It's scary to not know what I did during the time that's lost. But in all likelihood no new trauma occurred. Just stress and flashbacks.

That sucks so much mate, I so sorry.

Sending you a gazillion hugs

Thanks Llama and Cate. Just woke up and showered. Need to clear the room and pay bills.

I try to find some humor in this situation. The floor renovation guys and I had a real-ass p0rn parody moment as no one had told me I had to empty my cupboards. And, well, I did it while they watched and I have some saucier stuff like corsets and a winged fake leather harness from my days of overcompensating as hyper femme. And yes I was of course wearing hotpants. One of the dudes was sweating so hard I could smell him in the next room. And I needed the other one to take down my curtains because I was too short to do it. Yeah I'm a fucking sissy waste of space.